My dad’s last remaining sibling passed away on Wednesday, June 22 and her funeral was Monday, June 27. Aunt Barb was 92 and she lived a life of faith. She lived what she believed and she was an example for all of us who knew her.

A funeral always brings family members together who haven’t seen each other since the last funeral they attended and Monday was no exception. I haven’t seen my cousin, Donna, in many years and seeing her on Monday was a treat, just wish the circumstances had been different. Along with Donna was my cousin Carol, whom I haven’t seen for a couple years and my cousin Dianne. Then there was Jolene who would come to the farm (where I grew up) with her father. I forgot all about Jolene until she acknowledged me and told me who she was and reminded me how we played together in the barn. So many memories came rushing back to me on Monday and it all felt strange. Some of the things I was reminded of I had completely forgot about.

When I think back to my younger days in the late 60s and throughout my junior high and high school years during the 70s, I can’t help but to think of songs I’ve listened to. Even though I spent a lot of time roaming the farm I still spent a lot of time in my bedroom with pink flowered wallpaper and a tapestry rug that didn’t fully cover the floor, later the rug was replaced with wall-to-wall pink shag carpet. I shared my bedroom with my older sister, who got me into the music I am now nostalgic about.

I listened to the radio constantly. It was WHYL AM. They played the Beatles, “Baby I’m a Rich Man, Smokey Robinson and the Miracles, “Tears of a Clown, Marvin Gaye, “I Heard it Through the Grapevine”, Helen Reddy, “I am Woman”, and so many more – way to many to mention here.

In 1971, my friend Terri and I went to see Donny Osmond and the Osmond Brothers at the Allentown Fair. We wore purple dresses because that was Donny’s favorite color. We stood on chairs screaming his name when he and his brothers came on stage (kinda like Justin Bieber fans today). We thought he would notice us because we had purple dresses on, well, so did most of the young females in the audience!

When the show ended Terri and I made our way to the back of the stage, where there was a fence. We had our autograph books in hand waiting/hoping to see Donny and get this autograph. Then we saw Marie, Donny’s sister, who happens to be the same age as me and Terri. Marie was wearing a good bit of makeup on.  “Wow”, we thought, “so much makeup at our age?” (goes to show how conservative we were at the time)  – Anyway, the handful of girls at the fence begged and pleaded with Marie for her autograph. I was so desperate I through my autograph book over the fence just so Marie would sign it. How stupid was that? I could have lost my book!! But Marie picked up the book, signed it, and handed it back to me. Now that was sweet of her. She didn’t have to do that, but glad she did!

As I think about the music, I think about the things that I was reminded of Monday when I saw my cousins. Donna told me the story of my two older brothers picking her up and making her sit on a cow. Now she may have been 9 or 10 at the time. Talk about traumatizing the girl, but Monday she laughed about it.

Monday when I saw my cousin Carol, I thought of the fun things we did like going to church youth events and the Salt Cellar in Mechanicsburg. There we watched the movie The Cross and the Switchblade and other Billy Graham funded movies. It was a place for young kids to hang out.

I had such a wonderful mix of friends and some of them happened to be my cousins. I forgot about some of the things I did back in the day. I’m so glad I have friends and family to help me remember what an awesome time we had being young and not worrying about much at all. Wish I could say the same about my adult years. 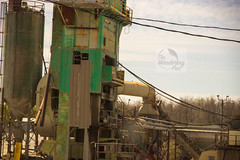 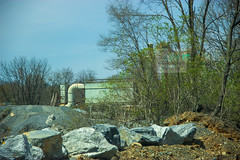 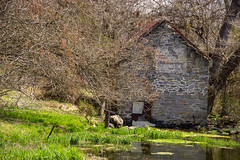 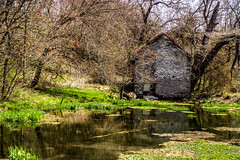